Workshop with author on Crisis Cultures: The Rise of Finance in Mexico and Brazil

Brian Whitener
Virtual
Please register here: http://duke.is/briHWK The Latin America: Theory and Narrative in Present Tense Working Group is hosting a reading group and workshop series on four recent publications in Latin American Studies. Reading group discussions will precede a workshop with the book's author the following week. All books are available electronically at Duke University Libraries. Crisis Cultures: The Rise of Finance in Mexico and Brazil (Pittsburgh UP, 2019) Drawing on a mix of political, economic, literary, and filmic texts, Crisis Cultures challenges current cultural histories of the neoliberal period by arguing that financialization, and not just neoliberalism, has been at the center of the dramatic transformations in Latin American societies in the last thirty years. Starting from political economic figures such as crisis, hyperinflation, credit, and circulation and exemplary cultural texts, Whitener traces the interactions between culture, finance, surplus populations, and racialized state violence after 1982 in Mexico and Brazil. Crisis Cultures makes sense of the emergence of new forms of exploitation and terrifying police and militarized violence by tracking the cultural and discursive forms that have emerged in the complicated aftermath of the long downturn and global turn to finance. Brian Whitener is an assistant professor in the Department of Modern and Classical Languages and Literatures at the University of South Alabama. 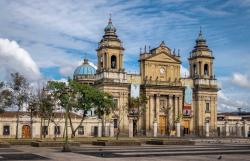