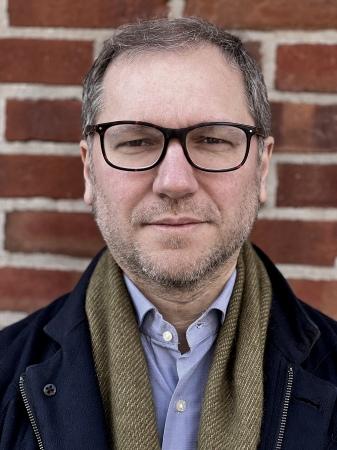 Fall 2022 Mellon Visiting Professor, Professor of Introduction to the Knowledge of Society and the State at the Universidad de Buenos Aires, a Researcher at the National Council for Scientific and Technical Research, and a member of the Center for Intellectual History at the Universidad Nacional de Quilmes.

Author of Lo que no sabemos de Malvinas. Las islas, su gente y nosotros antes de la guerra (Buenos Aires: Siglo XXI editores, 2022), and The Argentine Silent Majority: Middle Classes, Politics, Violence and Memory in the Seventies (Durham: Duke University Press, 2014), which received Honorable Mention from the Bolton-Johnson Prize. Carassai specializes in cultural and microhistorical analyses of politics and political violence. He was a fellow at the National Humanities Center (2016-17), held the General San Martín Chair at the Hebrew University of Jerusalem (2018-2019) and was a fellow at the David Rockefeller Center for Latin American Studies at Harvard University (2022). In 2016, he was awarded the Konex Humanities Award of Argentina.

He will teach two courses in the Fall 2022 semester:

In the 20th century, Argentina was a country polarized around antagonistic options, a reality that undermined institutional stability and possibilities for sustained development. As late as the 1960s, however, this instability failed to temper the optimism of Argentines. That optimism began to crack during the 1970s. Political violence acquired an unprecedented intensity in the first half of the 1970s. In the second half, brutality exercised from governmental spheres ended up assuming the form of state policy during a period that has come to be known as Argentina’s Dirty War. In this course, we will analyze the period from the mid-sixties to the end of the last military dictatorship (1983) by studying five narrative genres: literature, film, journalistic stories, song lyrics, and academic essays.

Founded in Europe but widely adapted elsewhere, microhistory addresses sweeping issues through the thorough analysis of a single event or a few individuals, often seemingly insignificant. Microhistory scholars carry out research that reduces the observational scale and diverges from structural-functionalist explanations. The history of microhistory in Europe is well known. Lesser known is microhistory outside Europe. Also less familiar are debates that revolve around microhistory and its linkages with other perspectives and disciplines. While this course’s materials draw from a global collection of microhistory practitioners, the class pays particular attention to microhistory and other microanalytical approaches, especially from anthropology, in Latin America.