Irma Alicia Velásquez Nimatuj is a journalist, social anthropologist, and international spokeswoman. She has been at the forefront of struggles for respect for indigenous cultures. 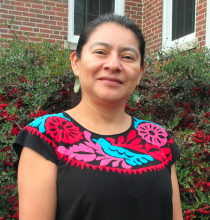 She was Executive Director of the Mecanismo de Apoyo a Pueblos Indígenas Oxlajuj Tzikin (Support Mechanism for Indigenous Peoples) (2005-2013). Dr. Velásquez Nimatuj is the first Maya-K'iche' woman to earn a doctorate in Social Anthropology, and she initiated the court case that made racial discrimination illegal in Guatemala. She has won numerous academic fellowships and awards for her journalism. She was a member of the Latin American Consulting Group of Indigenous Leaders for UNICEF and participates in the UN through the Permanent Forum on Indigenous Issues. She also served as advisor on indigenous issues for the Latin American and Caribbean office of UN Women (2014-2015).

Dr. Velásquez Nimatuj will offer two courses during the Spring semester. The first, Indigenous Resistance & Revolution: Mexico and Central America is open to undergraduates only. The second course, Indigeneity, Ontology, Epistemology, & Anthropology, is restricted to upper level undergrads and graduate students. Both classes will be taught in English. 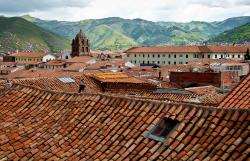 This award provides opportunities for Duke undergraduates to complement course work with research experience in Latin America and the Caribbean. Application deadline is Monday, February 25, 2019.