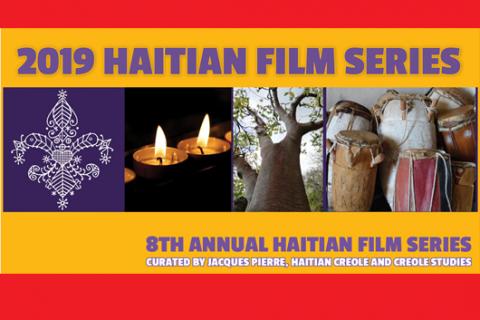 Legacy of the Spirits traces the religion from Africa to Haiti to New York City. It explains the theology of the religion, the meaning of the rituals, the pantheon of spirits, possession, the sacred drawings (called vèvè), the Catholic influence, the history of persecution and more. This is all explained by priests and priestesses who practice Vodou and who give the film the quality of being both informative, yet
personal.

Western and African cultures collide in Haiti resulting in religious conflict between Christianity and Voodoo. Despite centuries of vigilant opposition from the Christian Church, Voodoo has flourished in Haiti and continues to be one of the strongest elements underlying Haitian culture. This film dispels Hollywood stereotypes and presents Voodoo as a belief system that has been passed down from African ancestor to slave to present day Haitian.

This powerful documentary presents a sympathetic view of Voodooism in Haiti delving into the hidden world of Voodoo practitioners and offering unique insight into a frequently misunderstood religion. Haitians turn to secret Voodoo societies for support and protection and some to gain wealth and power. The stories offered here present an objective view of a religion that is important to so many and often maligned.

This documentary illustrates the incredible power of music, art, and education to hold together one community through tragedy, upheaval, and uncertainty. The documentary captures a rare view of Haiti, a complex and widely misunderstood country, and finds a story of transcendence and great humanity as the students and teachers of the Sainte Trinité Music School turn to music and education to unlock the power of their own lives.