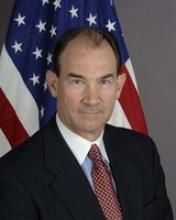 Ambassador Patrick Duddy is the director of Duke University’s Center for Latin American and Caribbean Studies.  He teaches in both Duke’s Fuqua School of Business and the Sanford School of Public Policy.  From 2007 to 2010 he served as the U.S. Ambassador to the Bolivarian Republic of Venezuela for both President Bush and President Obama.  In 2011 he retired from the U.S. Department of State after nearly three decades in the Foreign Service.

Prior to his assignment to Venezuela, Ambassador Duddy served as Deputy Assistant Secretary of State (DAS) for the Western Hemisphere. In that capacity he was directly responsible for the Office of Economic Policy and Summit Coordination, which included the hemispheric energy portfolio, as well for the Offices of Brazil/ Southern Cone Affairs and of Caribbean Affairs.

From 2002 until 2005, Duddy served as Consul General in Sao Paulo, Brazil, the largest U.S. consulate general in the Western Hemisphere.  Before his assignment in Brazil, Duddy held a variety of senior positions around the hemisphere including as the Deputy Chief of Mission at the U.S. Embassy in La Paz, Bolivia and as Counselor for Public Affairs at the U.S. Embassy in Panama. Earlier in his career he served in U.S. embassies in Paraguay, Costa Rica, the Dominican Republic and Chile. In addition to his overseas postings, he also served as U.S. head of delegation to international conferences on energy, counter-narcotics, and assistance for Haiti.

Ambassador Duddy has spoken to a wide range of private sector groups, world affairs councils, NGOs and universities both in the United States and in Latin America.  He has also taught at the National War College in Washington, D.C. and lectured at the Foreign Service Institute of the Department State.  He has published op-ed columns on U.S. foreign and trade policy in English, Spanish and Portuguese and been interviewed by NPR, the Voice of America, C-SPAN, CTV Canada, the BBC among others. 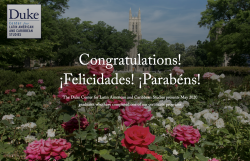